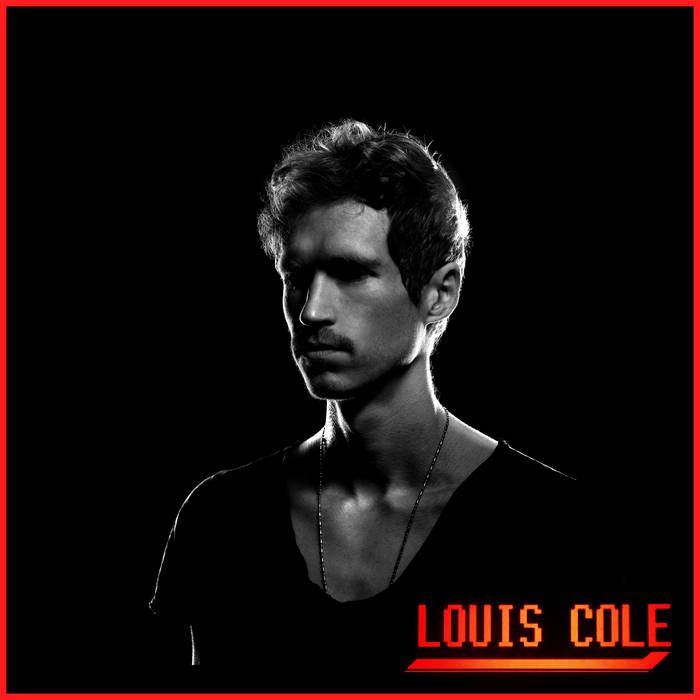 Christopher McCabe Just another brilliant production from Louis Cole and some fire features too. Thankfully you never have to wait long for more Favorite track: Trying Not To Die (feat. Dennis Hamm).

One Two A masterpiece. Despite a freewheeling improvisational feel, not a single note is out of place. Favorite track: Things.
more...

Pop quiz:
Q: What do Quincy Jones, Red Hot Chili Peppers, Flying Lotus and a bunch of movie theatre janitors have in common?
A: They’re all fans of Louis Cole.

Confused? Don’t be. The Los Angeles based singer songwriter, producer and multi instrumentalist co-founded the alt pop/electro funk band Knower in 2009 and the band bagged a spot at a special “Quincy Jones presents” series of gigs for up and coming bands in LA. “I guess he thought our music was cool so he had us come over and we played some arrangements of ‘PYT’ and ‘Bad’ in his living room,” recalls Louis. “I guess it was kinda like an audition. I was there with my midi keyboard and he was eating guacamole and rocking out… there were literally three people in the room, it was totally surreal.”

The Chili Peppers expressed their admiration on their recent world tour where Louis found himself playing support slots in Mexico City and across Europe. “I had no idea why I’d been asked to do a Red Hot Chili Peppers tour and I was backstage in Rome at the gig still none the wiser as to why I was there,” laughs Louis. “And then Anthony Kiedis comes up to me, looks right at me and says ‘Yeh I love that ‘Bank Account’ song. It’s super funky.’”

He is right of course - ’Bank Account’ is super funky and it was a game changer for Louis. He uploaded a split screen video of him performing the song (sporting a customised McDonalds uniform shirt no less) to his YouTube channel in April 2017 and, propelled by the candid and relatable lyrics - “I don’t want to check my bank account. I’m too scared to check my bank account” - it went viral. So far it’s amassed 2 million + views, the vast majority of those by folks equally fearful of viewing their account balance.

“I honestly thought nobody was going to care about that song. I just put it up because I wanted to show people that I had been practicing keyboard,” he laughs. “I came up with that four chord progression and all I wanted to do in that moment was be good at that four chord progression… I didn’t care about anything else. Then I was driving to a gig and I just came up with those lyrics because they were absolutely true at that time.”

The runaway success of ‘Bank Account’ was in part, accidental, but Louis has a history of DIY film-making and uploading humorous performance videos to YouTube - it’s integral to his creative being - so it was really only a matter of time before he hit the jackpot. He says he was inspired by his friend Jack Conte (Pomplamoose) a singer-songwriter and entrepreneur who released the majority of his music as home studio split-screen performance videos (or as Jack refers to them - “Videosongs”) posted to YouTube. “Jack gave me this big pep talk in about 2009, basically saying: ‘You HAVE to pursue your music as a career!’ So I owe him a lot,” smiles Louis.

As for the movie theatre janitors? Well they became fans via Louis’s contribution to the Lego Ninjago Movie (2017) - the third instalment in the Lego Movie franchise. Cole and regular musical sparring partner Genevieve Artadi wrote a perfectly pitched silly song for the soundtrack titled ‘Dance Of Doom’ that plays at the very end of the final credits when the only folks left in the theatre are the janitors. The YouTube comments explain the rest: “I was cleaning the theatre this movie was playing in… I’ve never laughed so hard during my shift in my life”; “I’m working in a small cinema and every time I have to clean up the hall after this movie I can hardly concentrate because the bassline is so awesome ^^﻿”; and “This is the most absurd, screwball song I've heard in a long time. And I got to listen to it over a dozen times, while I cleaned the theatre.”

Cole, whose main instrument is the drums (“But having said that my whole purpose is writing music and that is definitely more keyboard based so maybe that’s my primary instrument?”) has a background in jazz although the music he writes bears little resemblance to jazz in any pure or classical sense. His connection to the movement is more abstract: “One thing that I still feel connected to, that I guess is the root of jazz is pure freedom… no limits… just what you’re thinking right at that moment… a pure blast of limitlessness”. Growing up he obsessed over drummers Tony Williams, Jack DeJohnette, Nate Wood and Keith Carlock, but says he also draws inspiration from movies such as 2001 A Space Odyssey and Tron. His studio set-up is modest (computer, mic, midi keyboard) and he writes and records at home - there are drums in the garage and a piano in the living room. “So far I really suck at being in a real studio,” he says. “There are too many possibilities and it freaks me out.”

“Time” is Cole’s third album - a casual but addictive blend of quickfire, hook-laden electrofunk bullets and wistful, soft-focus balladry - and it’s compelling. "A lot of it is little thoughts, that I made into big songs… blasts of inspiration that I was lucky enough to receive,” he explains. “But it all comes back to my mission to create deep feelings through music.”

Proudly DIY to date, Louis has built up an ardent fanbase for his own solo output and that of Knower who zig zag across the globe on tour. However in 2009 he met Dennis Hamm - keys maestro in Thundercat’s live band - who introduced Louis to Thundercat and Flying Lotus. “Dennis bridged the gap… he was the link. In fact, Flying Lotus asked Dennis if I would want to release something on Brainfeeder before he even asked me.”

Louis’s new album features his friend Thundercat (with whom he worked on “Drunk” co-writing ‘Bus In The Streets’ and ‘Jameel’s Space Ride’) who returns the favour, contributing lead vocals on ‘Tunnels In The Air’. Genevieve Artadi and acclaimed jazz pianist and experimental composer Brad Mehldau also pop up on ‘When You’re Ugly’ and ‘Real Life’ respectively. Furthermore, ‘Last Time You Went Away’ features a 23-piece string orchestra - the Rochester Stringz from Eastman School of Music.

Bandcamp Daily  your guide to the world of Bandcamp